My sister and mom sat side-by-side on the bed flipping through a photo album. It was a collaborative gift to mom from my aunt and myself. We both contributed photos of loved ones in the hopes that she would enjoy it.

They started with an image of children neatly arranged in three rows. The older and taller ones stood in back and the younger ones sat in the front. Their faces were all smiles as they stared at the camera and waited for the flash to go off.

The photo beside it was another picture of children, but not the same ones. This one was taken years later. The children, offspring of the ones in the first photo, were not posed in an orderly fashion. Instead they were making funny faces as the lens on the digital camera focused before freezing their faces in time. 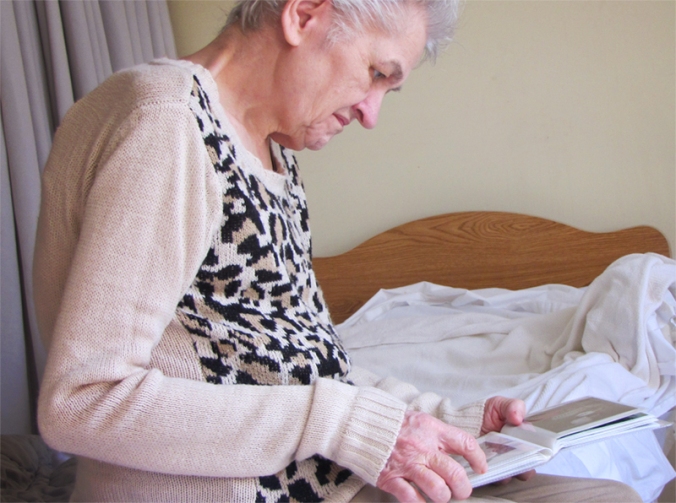 Other pictures included family vacations, holidays, picnics and even school pictures. All depicting a lifetime of memories.

Mom smiled and lovingly placed a finger on each picture before moving on to the next. I like to believe that she knew who the people in each one. She may not remember names but knows the important part they play in her life. And I think I’m right.

When they reached the middle of the album, mom stopped and stared a two pictures. No longer smiling, tears ran down her face.

The images were both from her wedding day almost fifty years ago. The first was mom in her wedding dress ready to walk down the aisle. On either side of her stood my grandparents. The other was a picture of mom and dad right after the ceremony. They stood in front of the altar, smiling in anticipation of their future life together.

I almost didn’t include these two pictures in the album. I wasn’t sure how mom would react when she saw them. It is common for Alzheimer’s patients to recall long-term memories more than events from the recent past. I know this to be true for mom. But would the feelings of seeing her parents and a younger version of herself and dad be too much for her?

I opted to include them, and her tears were heartbreaking for both myself and my sister. She looked at those two pictures for a long time as tears continued to fall down her face. Eventually, she turned the page and continued.

There is a saying I’ve often heard. I don’t know who originally said it, but it makes sense.

Life is all in how you look at it.

I have a choice. I can look at the disease that is slowly taking mom away from me and be angry. Or I can look at it from a different perspective.

I choose to look for the seemingly small –  yet big – miracles that sustain mom and me as we travel this road.

Mom’s tears were a gift to both of us. For me, they confirmed that somewhere in the depths of her mind, she remembers.  And for a few moments, mom took a trip down memory lane  to a  wonderful time in her life. And that’s all that matters to me.

2 thoughts on “A lifetime of memories” 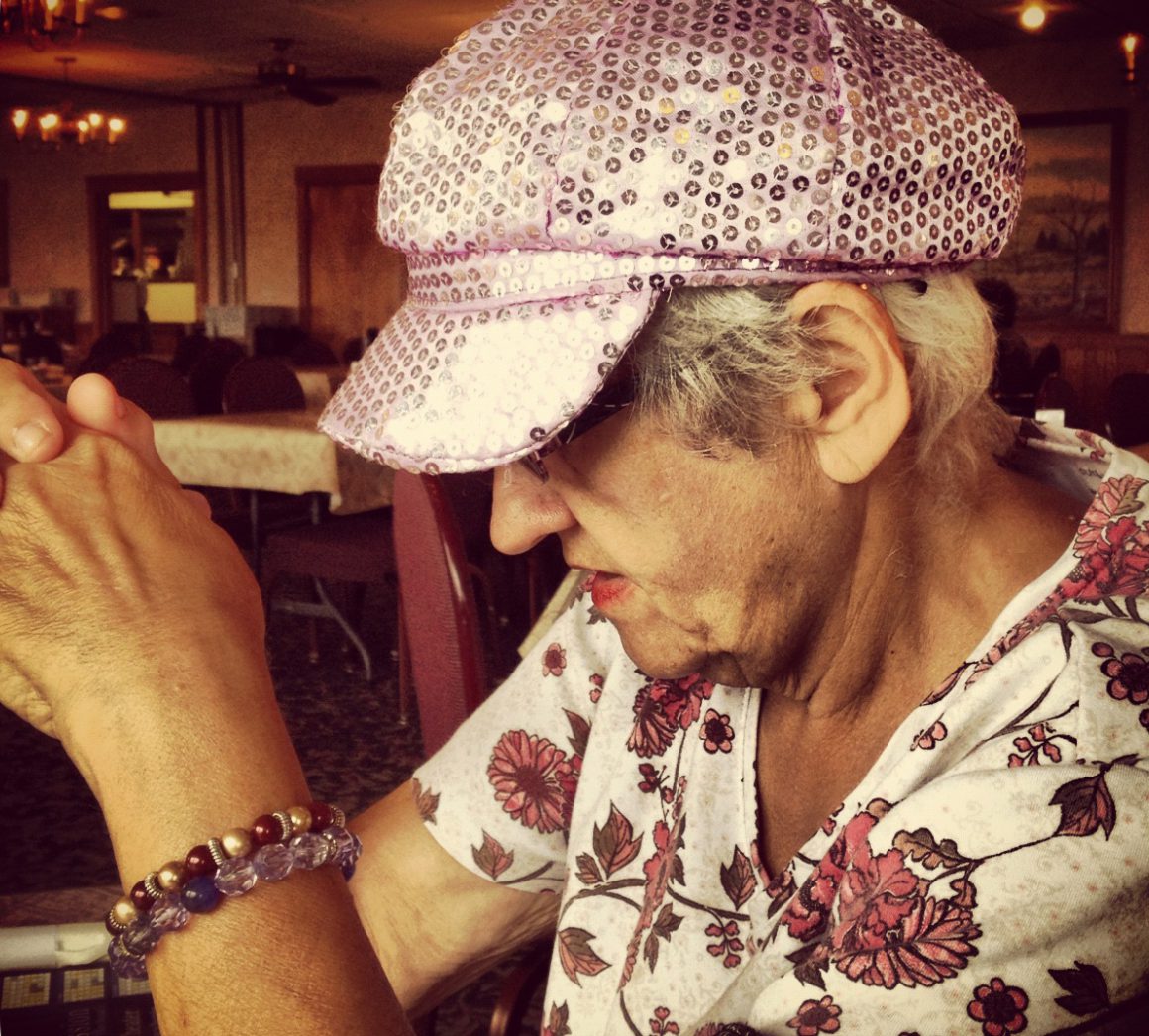 For more information on Alzheimer’s